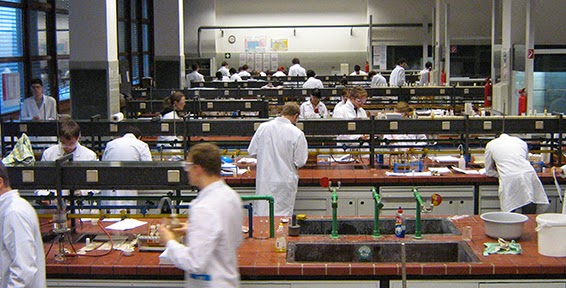 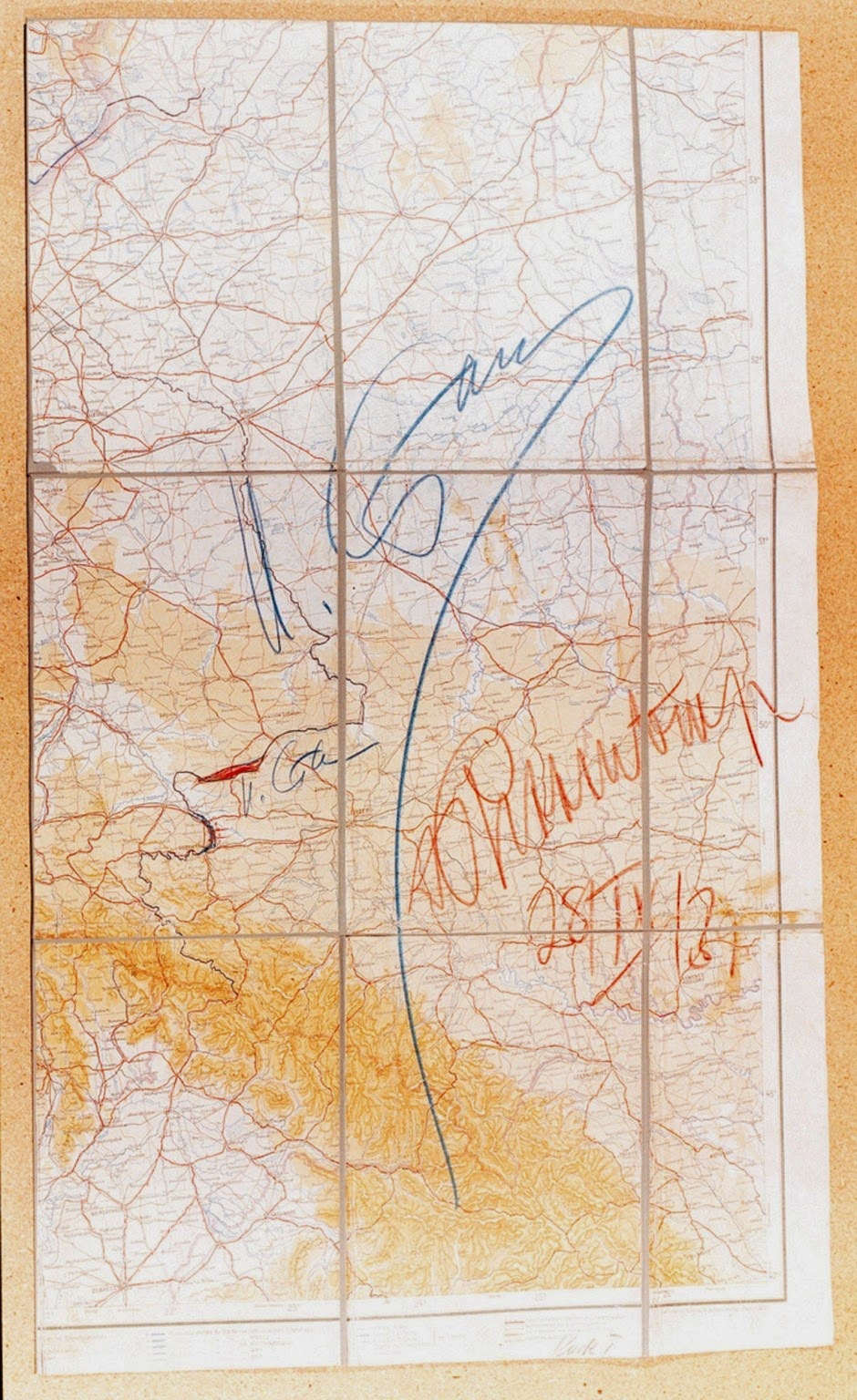 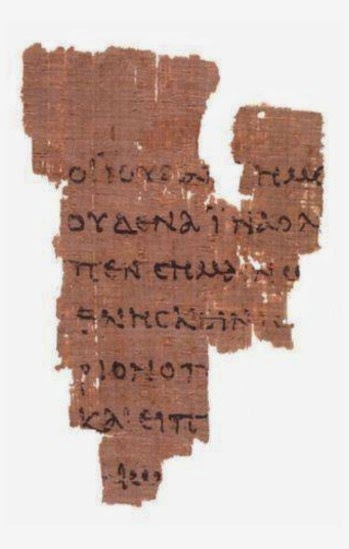 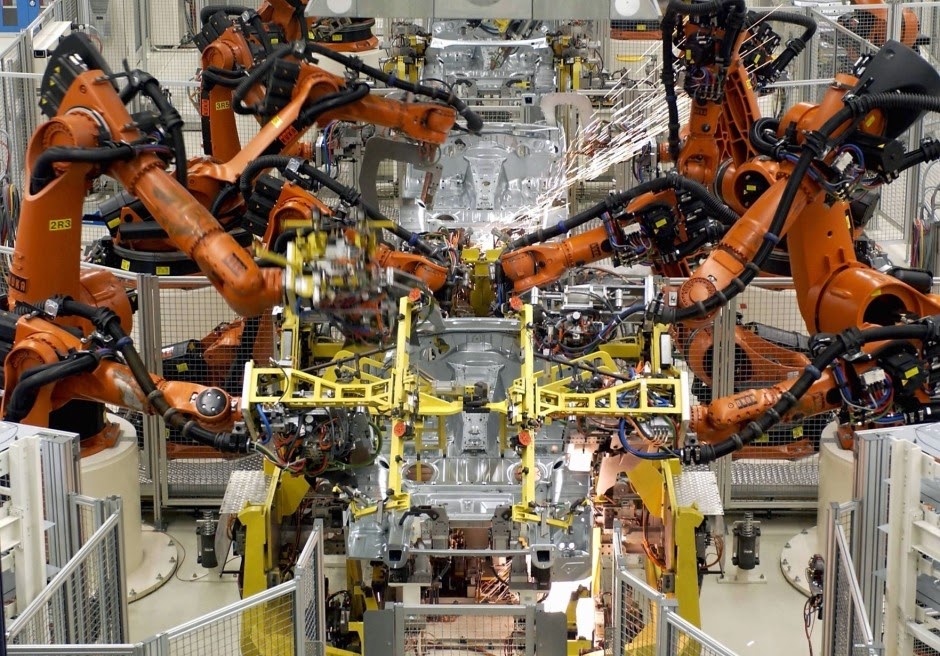 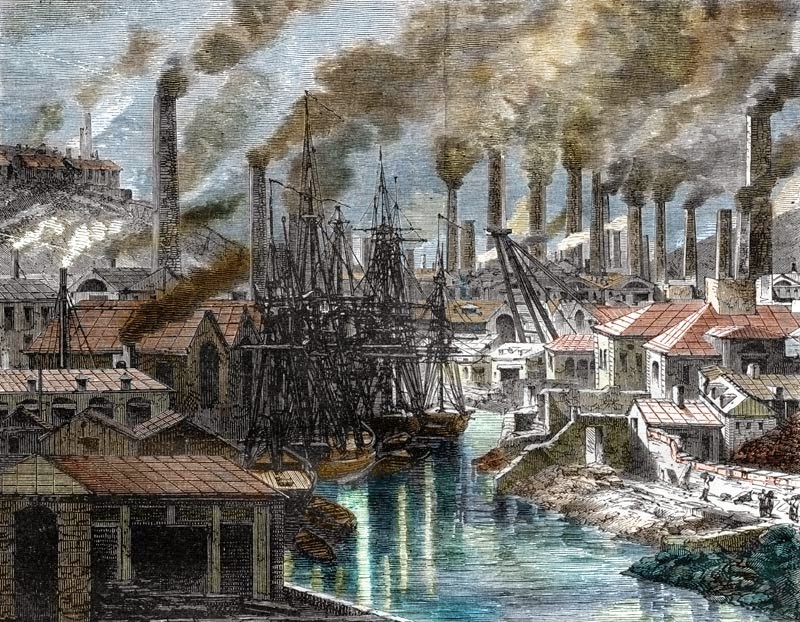 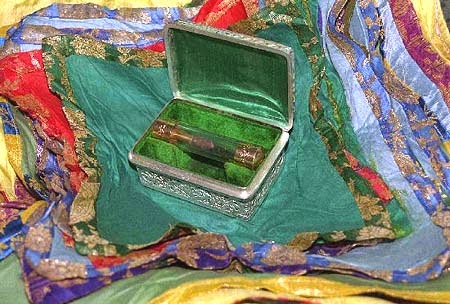 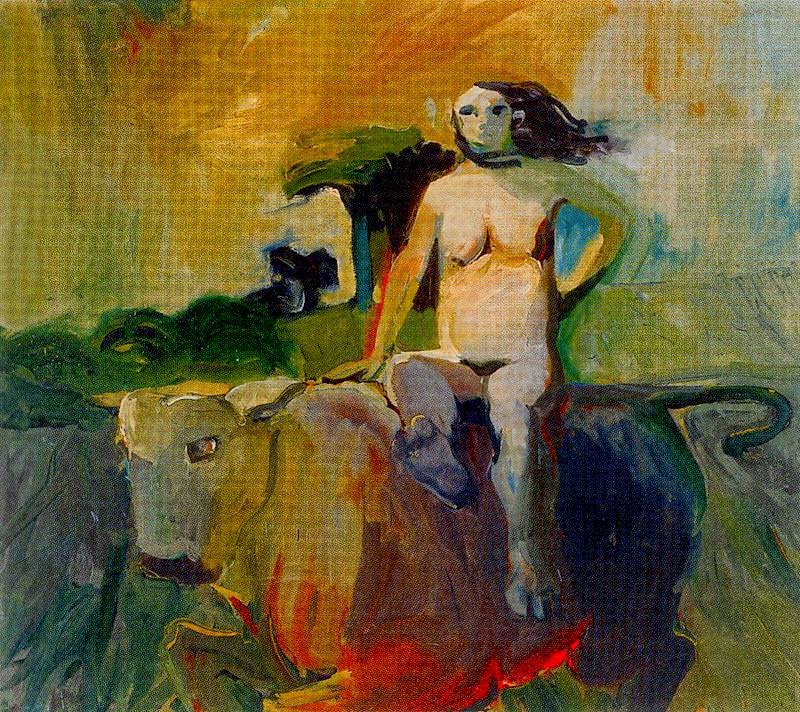 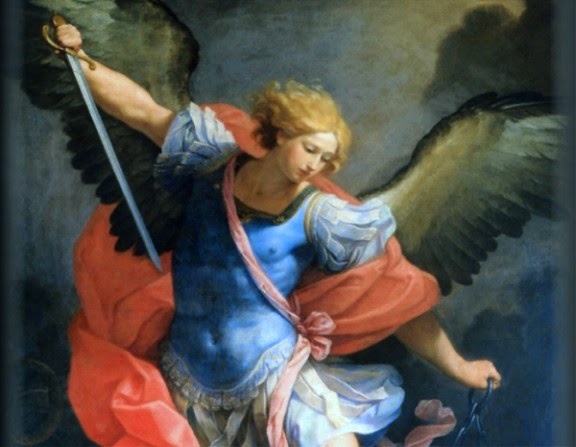 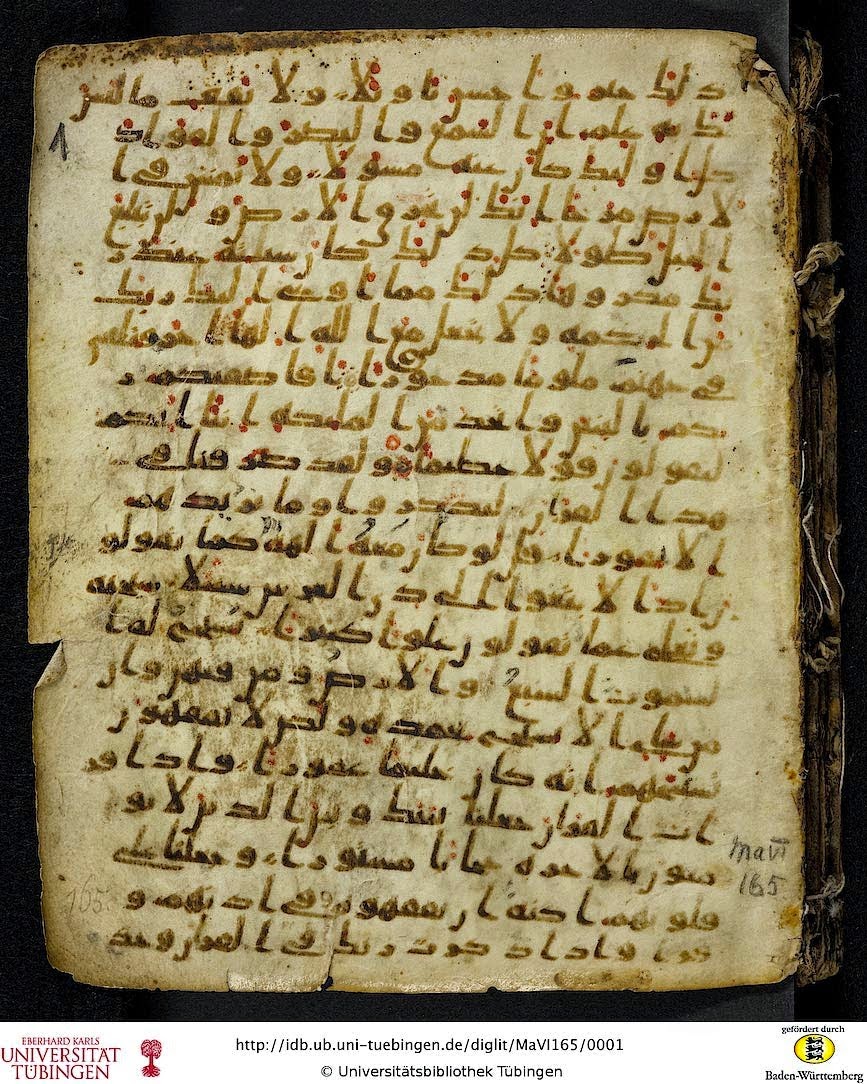 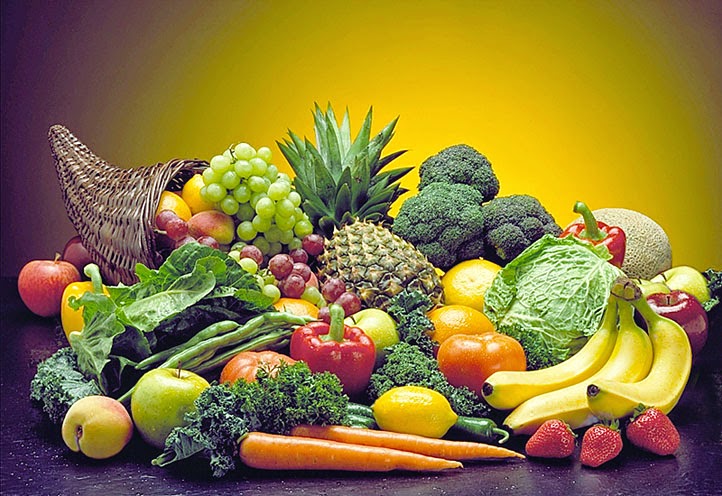 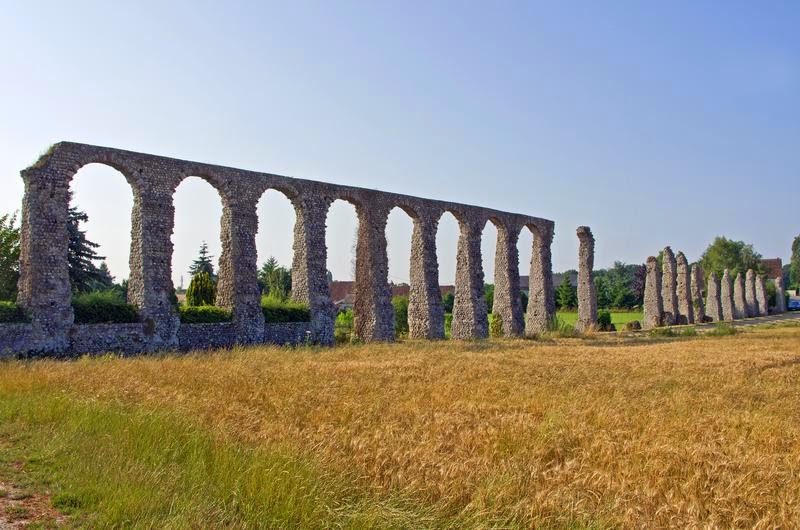 Smart agricultural practices and an extensive grain-trade network enabled the Romans to thrive in the water-limited environment of the Mediterranean, a new study shows. But the stable food supply brought about by these measures promoted population growth and urbanisation, pushing the Empire closer to the limits of its food resources. The research, by an international team of hydrologists and Roman historians, is published today in Hydrology and Earth System Sciences, an open access journal of the European Geosciences Union (EGU).

Stretching over three continents and persisting for many centuries, the Roman Empire was home to an estimated 70 million people. In such a vast area ensuring a stable food supply was no easy task, particularly given the variable and arid climate of the Mediterranean region. So how did the Romans maintain reliable food supplies to their cities for centuries under such challenging conditions?
To find out, Brian Dermody, an environmental scientist from Utrecht University, teamed up with hydrologists from the Netherlands and classicists at Stanford University in the US. The researchers wanted to know how the way Romans managed water for agriculture and traded crops contributed to the longevity of their civilisation. They were also curious to find out if these practices played a role in the eventual fall of the Empire.
“We can learn much from investigating how past societies dealt with changes in their environment,” says Dermody. He draws parallels between the Roman civilisation and our own. “For example, the Romans were confronted with managing their water resources in the face of population growth and urbanisation. To ensure the continued growth and stability of their civilisation, they had to guarantee a stable food supply to their cities, many located in water-poor regions.”
In the Hydrology and Earth System Sciences paper, the team focused on determining the water resources required to grow grain, the staple crop of the Roman civilisation, and how these resources were distributed within the Empire. It takes between 1000 and 2000 litres of water to grow one kilo of grain. As Romans traded this crop, they also traded the water needed to produce it – they exchanged virtual water.
The researchers created a virtual water network of the Roman world. “We simulated virtual water trade based on virtual-water-poor regions (urban centres, such as Rome) demanding grain from the nearest virtual-water-rich region (agricultural regions, such as the Nile basin) in the network,” explains Dermody. 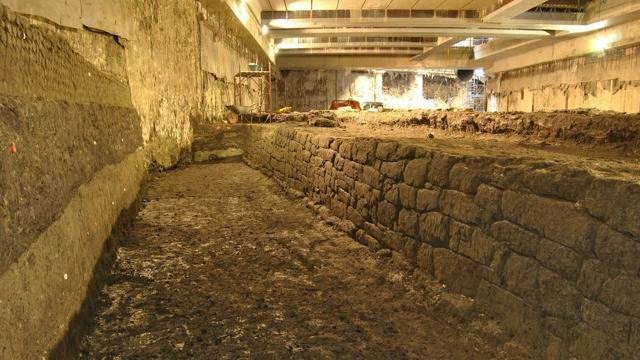 The team used a hydrological model to calculate grain yields, which vary depending on factors such as climate and soil type. The authors used reconstructed maps of the Roman landscape and population to estimate where agricultural production and food demand were greatest. They also simulated the trade in grain based on an interactive reconstruction of the Roman transport network, which takes into account the cost of transport depending on factors such as distance and means of transportation.
Their virtual water network indicates that the Romans’ ability to link the different environments of the Mediterranean through trade allowed their civilisation to thrive. “If grain yields were low in a certain region, they could import grain from a different part of the Mediterranean that experienced a surplus. That made them highly resilient to short-term climate variability,” says Dermody.
But the Romans’ innovative water-management practices may also have contributed to their downfall. With trade and irrigation ensuring a stable food supply to cities, populations grew and urbanisation intensified. With more mouths to feed in urban centres, the Romans became even more dependent on trade whilst at the same time the Empire was pushed closer to the limits of their easily accessible food resources. In the long term, these factors eroded their resilience to poor grain yields arising from climate variability.
“We’re confronted with a very similar scenario today. Virtual water trade has enabled rapid population growth and urbanisation since the beginning of the industrial revolution. However, as we move closer to the limits of the planet’s resources, our vulnerability to poor yields arising from climate change increases,” concludes Dermody.

(http://www.hydrology-and-earth-system-sciences.net/).
*More information*
This research is presented in the paper ‘A virtual water network of the Roman world’ to appear in the EGU open access journal Hydrology and Earth System Sciences on 11 December 2014.
The scientific article is available online, free of charge, from the publication date onward, athttp://www.hydrol-earth-syst-sci.net/recent_papers.html. *A pre-print version of the paper (embargoed until 11 December, 2pm) is available for download at: http://www.egu.eu/news/133/waters-role-in-the-rise-and-fall-of-the-roman-empire/.*
Citation: TBA

Abstract. The Romans were perhaps the most impressive exponents of water resource management in preindustrial times with irrigation and virtual water trade facilitating unprecedented urbanization and socioeconomic stability for hundreds of years in a region of highly variable climate. To understand Roman water resource management in response to urbanization and climate variability, a Virtual Water Network of the Roman World was developed. Using this network we find that irrigation and virtual water trade increased Roman resilience to interannual climate variability. However, urbanization arising from virtual water trade likely pushed the Empire closer to the boundary of its water resources, led to an increase in import costs, and eroded its resilience to climate variability in the long term. In addition to improving our understanding of Roman water resource management, our cost–distance-based analysis illuminates how increases in import costs arising from climatic and population pressures are likely to be distributed in the future global virtual water network.